Megamove - Sept. 28, by Blastermant c
So the entire Factions page, as well as the Ships page, is being split into multiple pages for each faction. Whee.

So many unfinished projects... - Sept. 27, by Blastermant c
So yeah, you may have noticed that BMA2 still isn't here yet. Well, that's just the thing. It won't be here for a while. I'm working on it (page 88, woot), the Flash thingy, and playing a mod called Discovery for the game Freelancer. And gods is it ever fun!

Wait, what? - July 26, by Blastermant
Flash is an interesting tool. I'm working on a less "technical" site for the masses. Whee.

BMA2 - July 3, by Blastermant
Guess what? Blasterman Adventures 2 is on its way and should be here in a few months!

To write a new article, just enter the article title in the box below.

Not sure where to start?

Transdimensional technology is a mechanism by which objects in normal space can be rotated through dimensions that do not technically exist in the universe we experience. 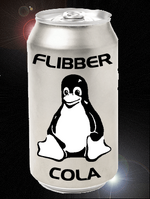 A can of Flibber Cola.

Retrieved from "https://blasterman.fandom.com/wiki/Blasterman_Wiki?oldid=1057"
Community content is available under CC-BY-SA unless otherwise noted.